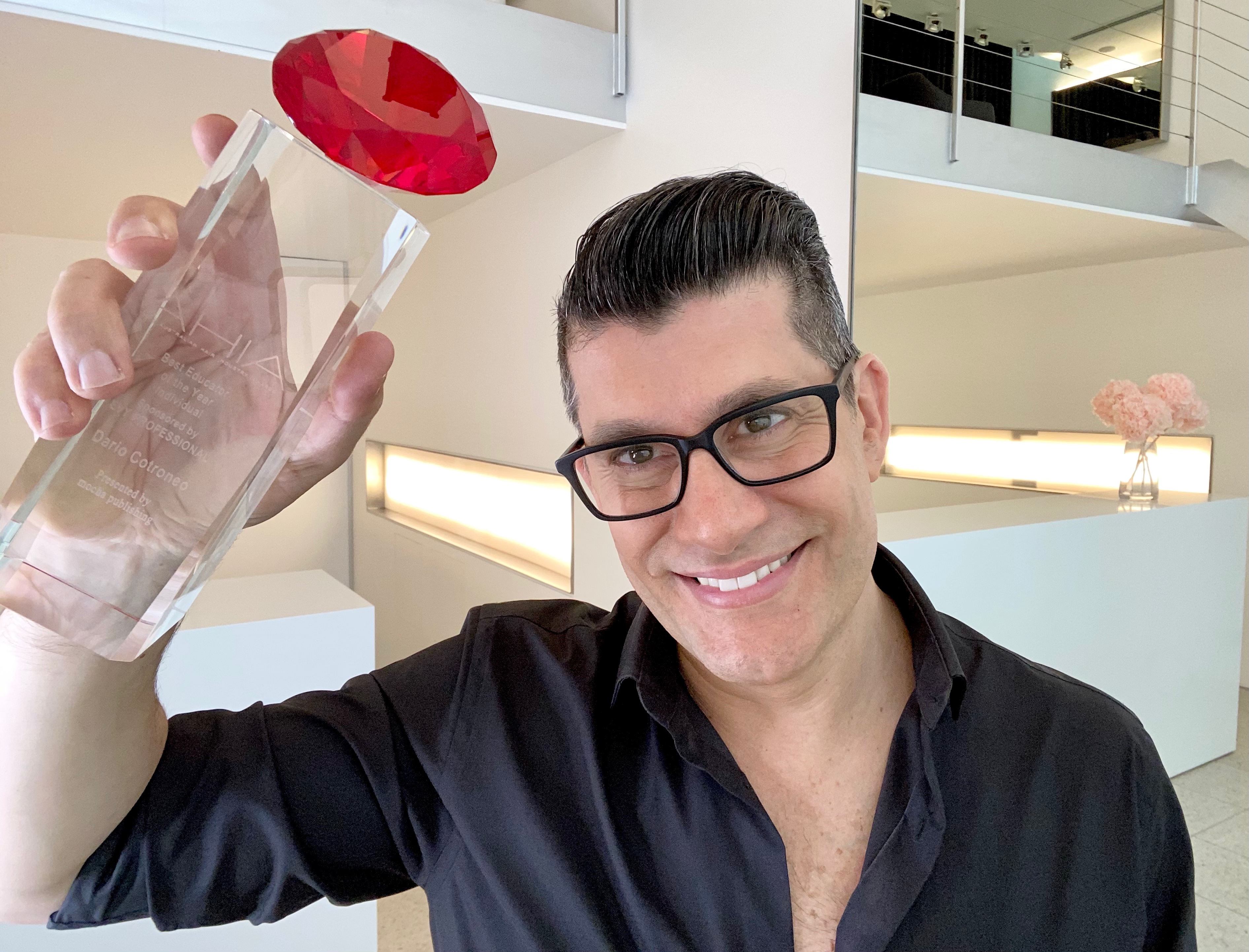 Dario Cotroneo hairdresser, began his hairdressing career in 1989. He was employed by a wonderful passionate hairdresser in the Sydney western suburbs where he grew up. He excelled in his apprenticeship and beyond, gaining notoriety in the hairdressing industry at a young age, due to the many competitions he entered and won.

In 1995 he ventured into the Sydney CBD and worked with Tony & Guy in their very first Australian salon, working with a talented bunch of inspiring hairdressing stars. Whilst there he was offered the opportunity to help launch TIGI onto the Australian market and became an educator for Tony & Guy.

1997 he began working on magazine and TV work, styling for most of the major magazines. His distinctive works have featured around the globe in magazines such as: Harpers Bazaar, Singapore Elle, New Woman, UK Marie Claire, Cosmopolitan, Cleo, Shop Till You Drop, Black and White, Cream, Autore, International Hairdressing Journal, Estetica, Behind The Chair, Modern Salon, Madison and TV commercials for Madison magazine, Westfield and Sarah Murdoch for Bonds.

1998 Dario launched his own education company DCI Education, whilst maintaining his own private clientele in his own salon.

Whilst being a private educator Dario worked for larger company’s and travelled extensively throughout his career.

DCI Education had major growth from 2013 due to Dario’s introduction of Mentoring Programs being offered to hairdressers to be mentored throughout the year, rather than only being offered 1 or 2 Day workshops, as education. DCI Education has continued this platform and increased it’s classes, due to Dario’s innovative and technical cutting and styling techniques that he formulates from his passion for architecture.

DCI continues to be an elite hairdressing education platform for the hairdressing community, led by Dario’s passion and commitment to the industry. This has been confirmed by the many awards he has received for his education.

Dario is a big believer in ‘paying it forward’ and donates time to various collages and TAFEs across Australia. He is keen to motivate and hopefully shape tomorrow’s future stars, and has provided young hairdressers complimentary access to the DCI Online Library and Elevate Program Online.

Darios greatest and most rewarding contribution was launching the Gino Fossano Scholarship to support the next generation of Australian hairdressers. The Scholarship is awarded to one apprentice hairdresser per state and the selected applicant wins a spot on a DCI Program. In memory of Gino Fossano.

Dario Cotroneo continues to be a highly respected educator, public speaker and stylist, and loves cutting his private clients hair a few days a week at Headcase Hair in Paddington.